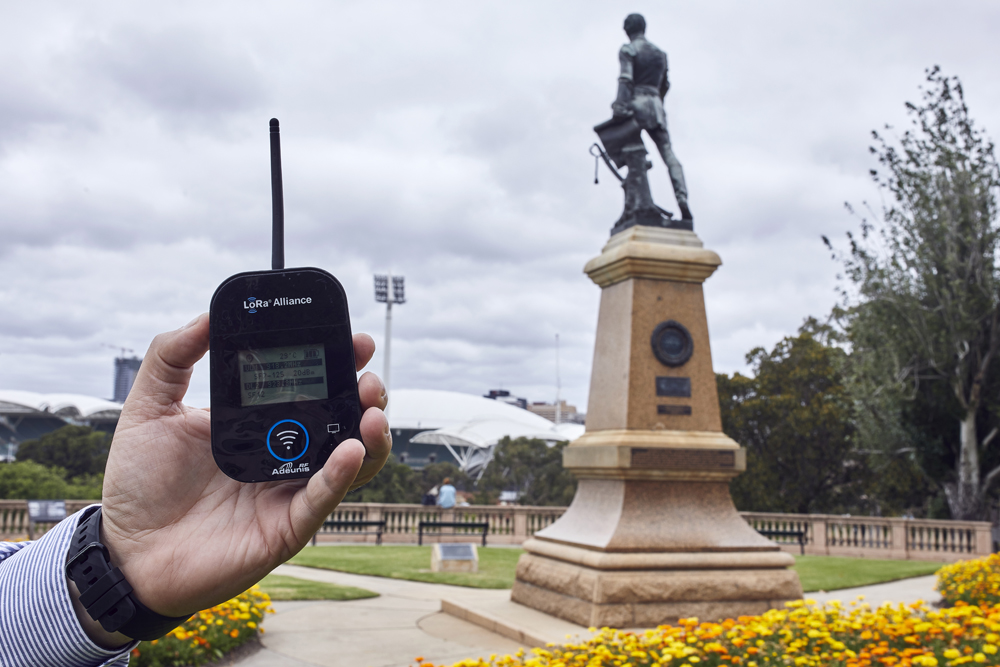 Colonel William Light as Surveyor-General of South Australia designed the plan for the City of Adelaide in 1837. ‘Light’s Vision’ was to design an urban landscape which complemented nature. To achieve this, he designed the city using a geometric grid pattern and surrounded it with 2,300 acres of parklands. His network of roads facilitated the movement of people and goods and ultimately the future growth and prosperity of the colony.

In 2019, a virtual network – The Things Network is facilitating the movement of real-time data across the city and the regions, and like Light’s Vision, is opening up infinite possibilities for the future growth and prosperity of South Australia.

Adelaide is already leading the way in having the densest penetration of The Things Network Long Range Wide Area Network (LoRaWan) connected gateways per head of population in any Australian capital city. Indeed, as of November 2019 Adelaide has 4.35 gateways per 100,000 citizens, compared to Perth 1.8 gateways, Sydney 1.15, Brisbane 0.61 and Melbourne 0.61.

Gateways are located on rooftops, antenna poles and towers across South Australia. They are forwarding real-time data 24/7 collected from remote open sensing devices located in office buildings, parks, schools, universities, forests, wetlands, vineyards and farms, for analysis and use by individuals, enterprises and communities. These devices have the potential to collect an enormous amount of environmental data including: the health of wetlands and waterways; air quality; soil moisture, microbiome, pH levels and need for fertilisers; visitations to public spaces e.g. libraries and parks; participation in outdoor festivals and events; movement, temperature and humidity of wildlife nesting boxes; and changes in the level of biodiversity in urban and natural habitats.

Sensing devices can also monitor water levels across a network of suburban rainwater tanks and remotely release water from these tanks ahead of major rain events, to help mitigate the risk of urban flooding.

So 182 years on, one can only wonder what Colonel Light would think of his city now! A city where in addition to a connected human population, there is a population of connected machines whose role it is to gather and share information to help humans solve real environmental, social and economic problems – ‘The Things Network Vision’!

Be informed of your hyper-local weather

Measure client engagement in the field

This site uses Akismet to reduce spam. Learn how your comment data is processed.